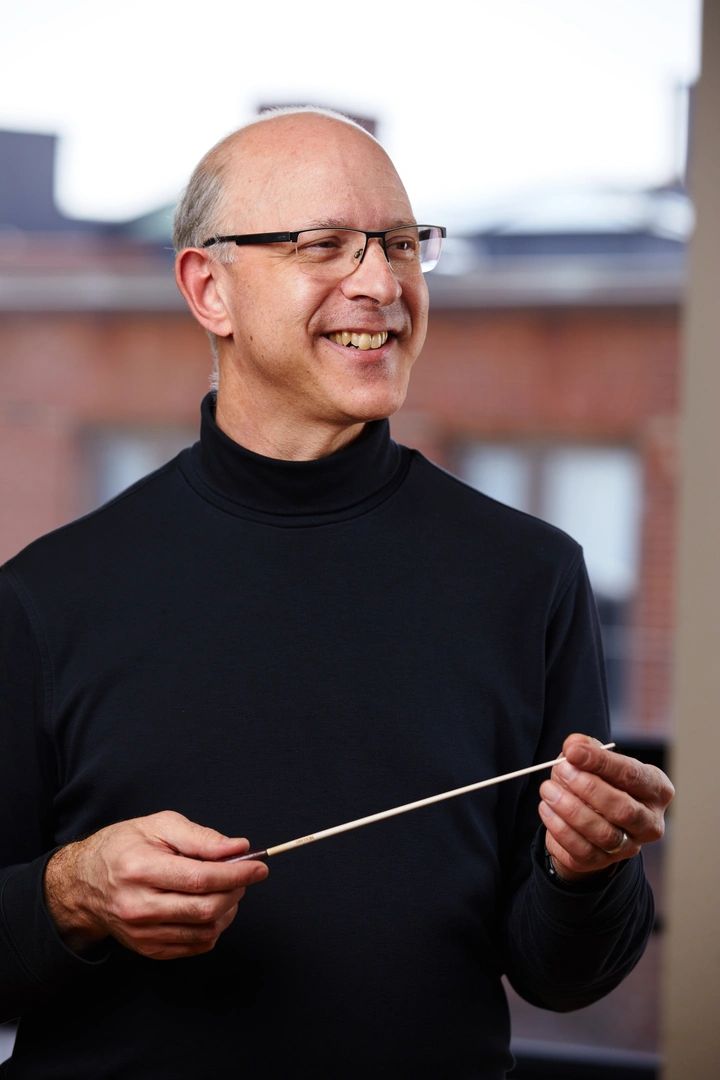 "Without a doubt, the high point of Tuesday's [Music Academy of the West] program was the largest work and centerpiece--Strauss' Sonatina No. 1 in F...conducted by Eli Epstein."

Eli Epstein has directed ensembles at New England Conservatory, Cleveland Institute of Music, Music Academy of the West, Longy School of Music, Boston Conservatory (on his Inside Out Series at the Arlington Street Church) and El Sistema in Venezuela.

Epstein has been conductor of the NEC Youth Brass Ensemble since 2009, and has assisted the NEC Philharmonia and NEC Symphony Orchestras in wind/brass/percussion sectionals since 2006. His performed repertoire includes works of Brahms, Britten, Bruckner, Copland, Dvorak, Hindemith, Holst, Husa, Milhaud, Mozart, and Richard Strauss, among others.

Epstein's approach as a conductor is to create a safe but rigorous atmosphere in which a high level of ensemble, intonation, and rhythmic integrity is balanced with individual creativity, authentic emotion, and enthusiastic energy.

Epstein has been a pre-concert lecturer for the Philadelphia Orchestra (subscription concerts) and the Boston Symphony (educational concerts). Since 2005, Epstein has created and presented many Inside Out programs designed to help people actualize their own potential to enjoy classical music by accessing their memories and activating their imaginations.

Inside Out Orchestra, Eli Epstein, conductor